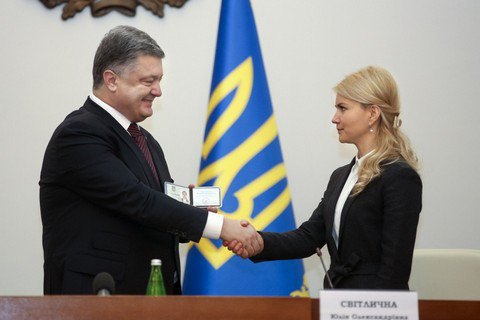 She has been the acting head of the region since 29 August when her predecessor Ihor Raynin was appointed as head of the presidential administration. On 4 October, she was selected to fill the vacant post.

Poroshenko came to Kharkiv to present Svitlychna, according to his press service.

He praised her as the winner of a "very tough and competitive" selection and a politician of a new generation.

Svitlychna, 32, graduated from the State University of Food and Trade (international economy) in Kharkiv and the National Academy of State Administration under the President of Ukraine (state administration). She received her PhD in 2012.

She worked at the Kharkiv regional state administration in 2006-09 and after April 2014 at various posts.