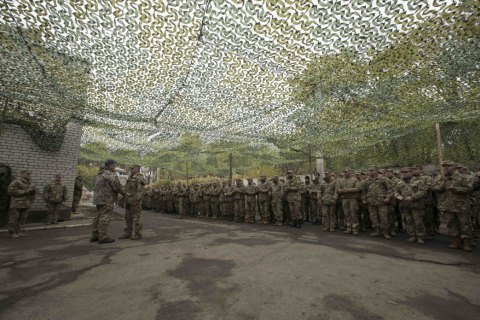 According to the presidential press service, he thanked the troops who joined the army during the sixth wave of mobilization and appreciated their significant role in the creation of the contract army. He said all of them would be sent to reserve and return home by the end of October.

Still, he invited servicemen willing to stay in the army to sign contracts.

He later visited Kharkiv where a plaque was unveiled to commemorate the servicemen of the National Guard's Jaguar unit, who cleared the building of the Kharkiv regional state administration of separatists in April 2014.