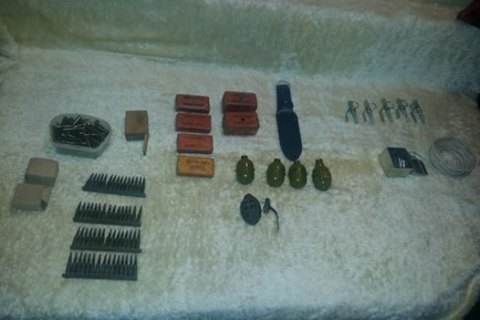 Police found a TNT cache on Kyiv's Hrushevskyy Street late on 13 October, Zoryan Shkiryak, an adviser to the interior minister, has said.

It contained five RGD and F-1 grenades, 1.5 kg of TNT and several hundred cartridges, he said on Facebook.

He did not rule out that the ammunition may have been planned to be used for a subversion attack, considering the March of Patriots planned for 14 October, when Ukraine will be marking Day of Defencer.

"The terrorists' cache was on the route of the planned solemn procession," he said.

He added that the event would not be cancelled but police, the National Guard and the Security Service of Ukraine (SBU) will step up security efforts.