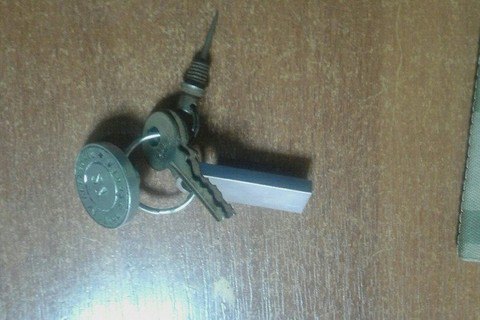 A former Ukrainian Armed Forces officer who tried to take a memory stick containing confidential files on the country's defence to Russia has been detained at the international automobile border crossing point Bachevsk, Sumy Region.

The memory stick was found to contain the scans of documents from a military unit, defence plans and lists of participants in the antiterrorist operation, the Security Service of Ukraine (SBU) said on its website.

A 35-year-old Odesa resident, whose military profile describes him as head of a special reconnaissance unit, had been on military service in Crimea until 2014. After it was occupied by Russia, he moved to mainland Ukraine to continue service.

In August, he was dismissed from the army and demoted over a breach of military discipline.

A criminal case over the disclosure of confidential military information was opened.