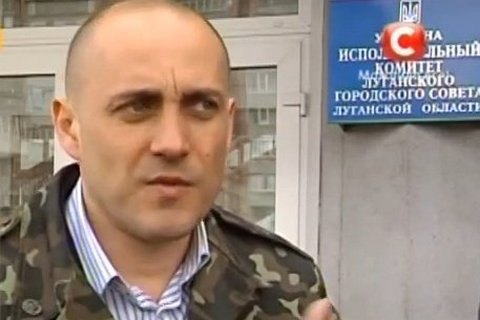 On 30 September, the Troyitskyy district court of Luhansk Region relieved Serhiy Korsunskyy of criminal responsibility and discharged him from custody, Hromadske has quoted a court ruling it received from Korsunskyy as saying.

Korsunskyy took part in the seizure of the Security Service of Ukraine (SBU) office in Luhansk and was later actively involved with the self-proclaimed separatist Luhansk people's republic (LPR) until mid-April 2014. He was in charge of the so-called Army of the Southeast, one of two key armed groups in the LPR. He broke ties with the separatists over a conflict with the leader of the People's Militia gang, Oleksiy Mozhovyy (Mozgovoy).

After his arrest in February 2015, he was charged by the Ukrainian authorities with organising a terror group, but evidence fell apart. However Korsunskyy testified against the LPR and "provided assistance in uncovering crimes committed by a terrorist organization", the court ruling reads.

Thus he was discharged for cooperation with the investigation and his case was closed.