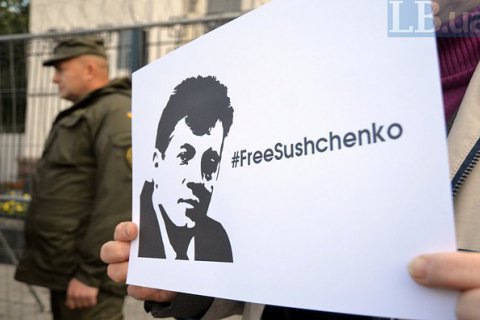 The Ukrainian consul in Russia has finally been allowed to visit journalist Roman Sushchenko arrested in Moscow on charges of espionage on 30 September, the Ukrainian Foreign Ministry's spokesperson, Maryana Betsa has told LB.ua.

"Our consul has finally managed to check on Roman Sushchenko. He says he is not guilty. He said he was subjected to psychological pressure. The conditions of his detention are more or less acceptable," Betsa said.

On 1 October, a court in Moscow remanded the journalist in custody for two months in the "espionage case". Official charges were pressed against him on 7 October.

Ukraine described his detention as an act of provocation and dismissed the allegations of espionage as trumped up.