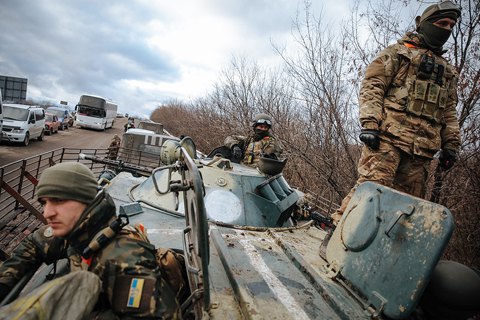 On 7 October, Donetk and Luhansk pro-Russian militants launched 38 attacks on the positions of the antiterrorist operation (ATO) troops, the ATO HQ said in its update the next morning. At around midnight, the militants used heavy artillery of 152-mm and 122-mm caliber near Novozvanivka and Novooleksandrivka.

They fired with 120-mm mortars in Novozvanivka and 82-mm mortars, grenade launchers, machine guns and small arms near Novooleksandrivka. A total of 15 fire attacks were registered in Luhansk Region.

In the Donetsk sector, the militants violated a cease-fire six times. The enemy used 82-mm mortars in Zaytseve and heavy machine guns, grenade launchers and small arms in Verkhnyotoretske and Avdiyivka.