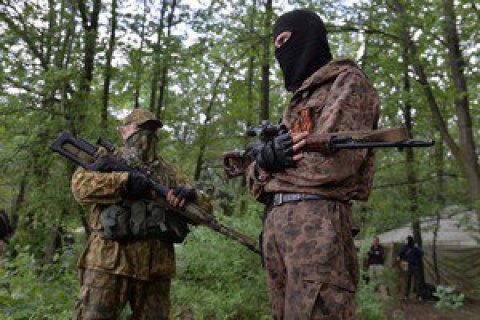 The disengagement of troops and weapons of the Ukrainian Armed Forces and illegal armed gangs in the area of Petrovske, Donetsk Region (in the Mariupol sector) has been disrupted by the militants, Interfax-Ukraine has quoted ATO HQ spokesman Ivan Arefyev as saying.

"At 3.00 pm, the servicemen of the Ukrainian Armed Forces in the area of Petrovske were fully prepared to pull back. Representatives of the OSCE Special Monitoring Mission, the Ukrainian part of the Joint Centre for Control and Coordination, the command of the Mariupol sector were all present on site. At 3.00 pm sharp, the enemy launched a drone, the Ukrainian side did no such thing. At 4.00 pm, the ATO forces were fired on with an automatic grenade launcher and small arms," he said.

"Thus the Russian occupying troops are to blame for the disrupted disengagement of troops and weapons," Arefyev added.

Today, the rerpresentatives of the Donetsk and Luhansk people's republics for second time disrupted a Skype conference on a cease-fire, scheduled to be held by the trilateral contact group on a Donbas settlement.