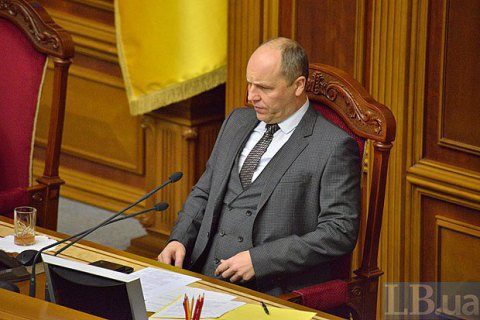 The leaders of the Verkhovna Rada factions agreed to cancel the planned increase in salaries of people's deputies, says Speaker Andriy Parubiy.

The decision was supported by all the leaders of the factions.[…] I'm pretty sure that tomorrow at 12 am we will amend the changes to the existing regulations and to resolve this situation," Parubiy Monday, 31 October at a meeting of the Conciliation Board.

Parubiy said the draft resolution cancelling the salary increase will be reviewed by budget committee.

The speaker said the decision of the parliament to increase the salaries of people's deputies was a mistake.

The Verkhovna Rada on October 20 adopted by 230 votes a resolution on the draft 2017 national budget law which sets the size of salaries of people's deputies: to the speaker at 30 minimum wages, his deputies - 28, heads of parliamentary committees and factions - 27 minimum wages, and their deputies - 26. A common committee member would receive salary at 25 minimum wages.

Currently, only 26 members of parliament out of 423 deputies are not members of committees. The minimum wage in Ukraine is now set at 1450 hryvnya.

On 24 October, Prime Minister Volodymyr Groysman said that the move to increase the salaries of MPs would be rejected.

On 25 October, Paruby said that the abolition of the increase of salaries of people's deputies will be considered at the 1 November plenary meeting.