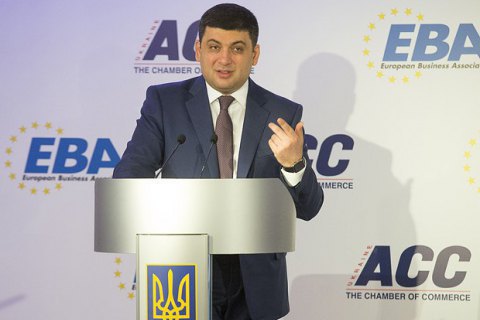 President's representative in the Cabinet of Ministers, and co-chair of the Strategic Group of Advisors, Leszek Balcerowicz said that planned rise in the minimum wage came as an "unpleasant surprise", for the advisors and the international partners of Ukraine.

"Neither I nor any international organization knew that a 100% the minimum wage was in the pipeline. What is more important, we were not familiar with the calculations the decision was based upon," Balcerowicz told a briefing on 28 October.

He also noted that this was the second "unpleasant surprise" from the government this year. The first was the extension of the moratorium on the sale of farmland .

He said that such moves should not be taken suddenly and requires meticulous calculations: first, how it will affect the expenditure side of the budget; Secondly, what will happen to the pension system and the shadow economy?

Also, the adviser said it was no known how many laws need to be changed in view of the increase of the minimum wage.

Balcerowicz said that was utterly surprised by the suggestion head of the State Fiscal Service to raise the minimum wage by more than 100% without any justification.

"It looks like some kind of competition in populism within the government," he said.

On 26 October at a Cabinet meeting, Prime Minister Volodymyr Groysman unexpectedly announced that the government has decided to envisage in the second reading the draft state budget an increase in the minimum wage from 1600 to 3200 hryvnia effective on January 1.

Later in the day, President Petro Poroshenko in a televised address to Ukrainians said that raising the minimum wage will affect 4 million citizens and said he ordered to make sure that this decision not increased any taxes.

Earlier, Cabinet proposes to increase the minimum wage from May 1 to 1684 hryvnya and to 1762 hryvnya since December 1.

Currently the minimum wage is set at 1450 hryvnia, it will increase to 1600 hryvnia on December 1.