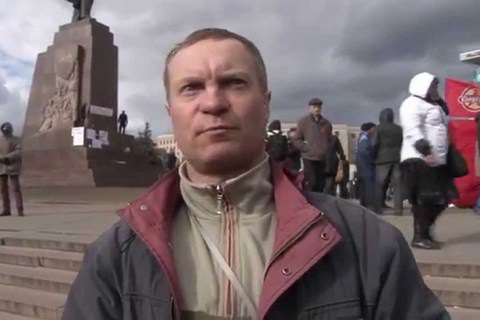 Ukrainian border guards detained a participant of the separatist unrest and the capture of Kharkiv Regional State Administration in April 2014 as the man tried to illegally cross the border with Russia.

The man was stopped at about 21:00 on October 31 as he was a dozen meters from the border. He headed towards the Russian settlement Zhuravlevka, reported State Border Service.

The detained had a certificate of release on him. He has been jailed for over two years on suspicion of organization of mass riots and was released from custody on a 200 thousand hryvnya bail.

Apparently the detained is one of the leaders of the Kharkiv separatists Egor Loginov.

Another notorious Kharkiv separatist Spartak Holovachov was bailed out in mid-October.