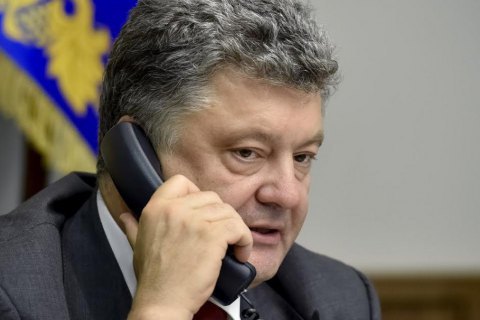 European Parliament President Martin Schulz and President of the European Council Donald Tusk have congratulated President of Ukraine Petro Poroshenko on the successful completion of the first phase of e-declaration of assets.

As reported on the official website of the Ukrainian president, in frames of intensive consultations on the ratification of the EU-Ukraine Association Agreement, Poroshenko held two telephone conversations - with Schulz and Tusk. The two sides have coordinated follow-up and agreed to continue active work to ensure the ratification of the Agreement.

The two sides also agreed to strengthen efforts for the provision of a visa-free regime for Ukrainians, the report says.

The Association Agreement between Ukraine and the European Union has not entered into force because the delay in the ratification of the deal by the Netherlands. The country has promised to decide on this matter before 1 November.

Poroshenko, in turn, congratulated the EU with the signing of the Free Trade Agreement between the EU and Canada.

The sides also exchanged views on the results of the first round of the presidential elections in Moldova.