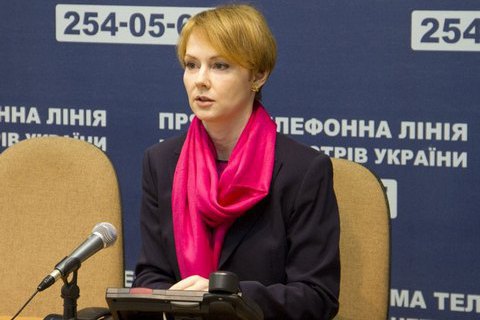 The Ministry of Foreign Affairs of Ukraine and the European Council is discussing an interpretive document on the Agreement on the EU-Ukraine Association.

"We are in talks with the European Council concerning an interpretation document that would be aimed to explain provisions of the Agreement: how the provisions on the membership perspective and defense and military cooperation, and financial assistance actually are meant to work ," deputy Foreign Minister Olena Zerkal told a press conference in Kyiv on 1 November.

In Zerkal's opinion, such document would explain the Dutch society that "such decisions are not made automatically."

Thus, the deputy minister recalled that the Association Agreement does not give Ukraine an automatic right to apply for EU membership, as such issues matters are regulated by Article 49 of the Treaty on European Union. "Any matters concerning membership in the EU arise from the Treaty establishing the European Community rather than by an agreement between Ukraine and the EU," she added.

And that's why we need interpretation.

"To agree, for example, on cooperation in the military sphere, all member states should arrive a common solution. And these provisions will serve as the basis for the interpretation of the Association Agreement," Zerkal explained and referred to the Free Trade Agreement between Canada and the EU, for the purposes of which a similar interpretation document has been signed.

On 6 April, the Netherlands held a referendum on the approval of the EU-Ukraine Association Agreement. 61% of the voters were against the AA, with slightly over 38% who have stated in support. The turnout was 32% at 30% required. Legally, the results of the referendum are not binding for the government.

The Netherlands remains the last EU country that has not yet completed the ratification procedure for the AA.

Currently, the agreement on Ukraine-EU association is working in a temporary mode.

Earlier, the Dutch government has requested additional time for the decision on Ukraine.