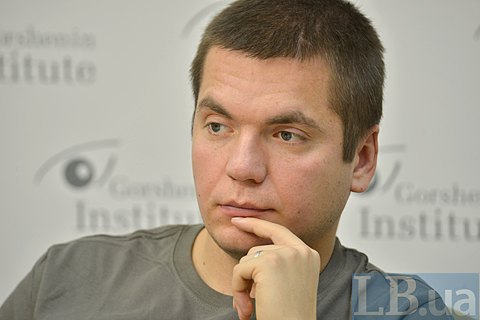 The founder of the volunteer foundation Come Back Alive, Vitaliy Deynega, believes that professional psychologists trained to help the military are in far too short supply in Ukraine.

"The General Staff hires psychologists and gives them a half-month training before sending to the frontline. However, the effectiveness of such a psychologist leaves much to be desired," Deynega told a roundtable conference in Gorshenin Institute on 2 November

"Unfortunately, volunteer organizations that have tried to be of help are also in short supply of professionals," he admitted and described the overall situation in this field as a "disaster".

Deynega dismissed the excuses of Defence Ministry which says that psychological assistance to veterans ATO is somebody else's business, and stressed that the post-traumatic disorder and other psychological problems that combatants have to deal with need to be prevented rather than treated.

"The Ministry of Defense and the General Staff can do the preventive work, which would allow to reduce the number of people with mental health problems. These problems arise [in the combat zone and they are much easier to deal with as they arise," he stressed.