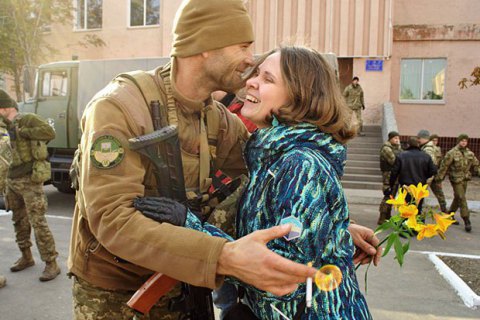 "I have taken the report of the Minister of Defence of Ukraine Stepan Poltorak and the Chief of Staff of the Armed Forces of Ukraine Viktor Muzhenko regarding the completion of the process of transfer to the reserve of troops of the sixth wave of demobilization," Poroshenko wrote.

"I, as President and Commander-in-Chief, am pleased to report to the Ukrainian people that henceforth no mobilized soldier has left at the front, in the ATO zone," Poroshenko added.

The presidential decree on demobilization was issued in late September. It ordered the decommissioning of about 20 thousand troops.