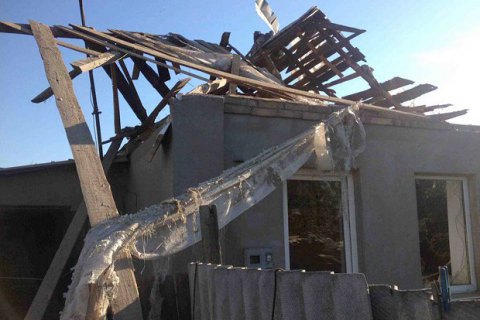 Over the past day, Russia-backed terrorists 52 times opened fire on the positions of the Ukrainian military in the zone of the antiterrorist operation in Donbas, ATO press center reported 7 November on Facebook .

In the areas of Maryinka, Pavlopil, Talakivka and Vodyane, the militants fired 82-mm and 120 mm mortars, and fired from a tank in the area of Krasnohorivka. Against the ATO positions in Shyrokyne, the enemy used used machine guns, mortars, APV weaponry, as well as 122- and 152mm tube artillery.

In the sector of Luhansk, ATO troops recorded 12 violations of ceasefire. In the areas of Shchastya, Zhovte and Novooleksandrivka, the militants used grenades, machine guns and small arms. A sniper was active outside Stanytsya Luhanska in addition to 82mm mortar fire.

In the Donetsk sector, Russia-backed militants eight times fired ATO forces. Near Novotroitske from small arms, near Zaytsevofrom grenade launchers of various systems, and 82 mm mortars. In the of Troyitske, they fired 120-mm mortars. In the area of Avdiyivka and Luhanske, the enemy fired tanks, infantry combat vehicle weapons, as well as 82- and 120mm mortars.

The past day brought no casualties among Ukrainian military, but a few civilians in Maryinka and Krasnohorivka were injured in the course of enemy attacks.