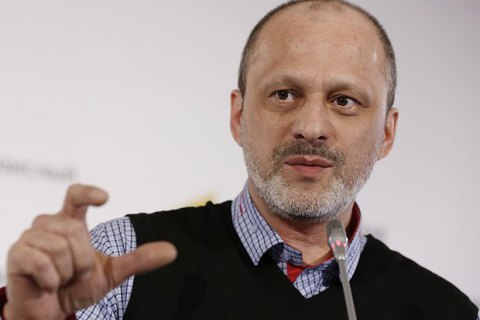 The head of the State Committee for Television and Radio Oleh Nalyvayko told the media on 7 November he has signed an order to dismiss the Director General of the National Television Company of Ukraine Zurab Alasania by mutual agreement.

Zurab Alasania remains the chairman of the commission for the transformation of the NTCU into National Public Television of Ukraine (NPTVU).

On 1 November, Alasania submitted a letter of resignation. He explained his decision by the fact that the Ministry of Finance included the budget of Eurovision-2017 into the budget of the National Public Television of Ukraine, which left NPTVU with mere 193m hryvnia for the development out of the 1.2bn hryvnia.

On 2 November, the Cabinet of Ministers agreed on the dismissal of Zurab Alasania.

On 3 November, the government has supported the proposals to discuss full funding of the NPTVU, and Eurovision during the consideration of the draft 2017 budget.

National public broadcaster (NPTVU) should unite all the state TV and radio companies, and is presumed to be independent from the government.

Alasania has headed NTCU since March, 2014.