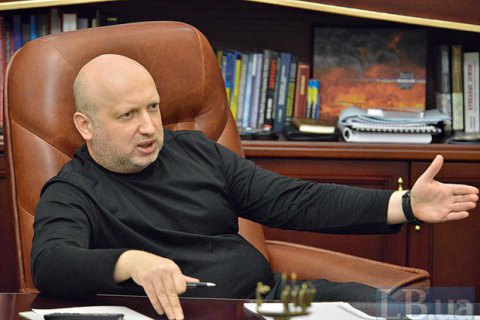 "Today we have started to make Ukrainian rocket, all the constituent elements of which are manufactured in Ukraine. Not many countries have the full cycle of the production! The recent tests have shown not only the high quality of our missiles but also that they are better than those of Russia. This is important. The manufacturing of rockets does not boil down to the development of the body, warhead, launcher and control system, it is also solid propellant. Very few countries manufacture that," said Turchynov.

However, the head of the National Security Council declined to elaborate on where exactly and for how long rocket fuel is produced in Ukraine.

"Our missile program includes a complete production cycle This is a tremendous work carried out by our scientists, designers, engineers… Today, we are reclaiming positions that Ukraine has lost as a state possessing advanced missile technologies. Is not only about defence sector, but also about peaceful space [programs]," said Turchynov.

"We need to defend ourselves. If we cannot do it in quantitative terms, we should put the stress on quality. Our weapons must be better that those of our enemies, and in this regard a great deal of work is yet to be done. We have been deprived of a powerful nuclear potential, the third largest in the world (!) in exchange for bogus security guarantees that have not been confirmed by no one and by nothing. We have no choice but to defend ourselves, which cannot be done without modern, new, high-quality weapons," concluded NSDC head.