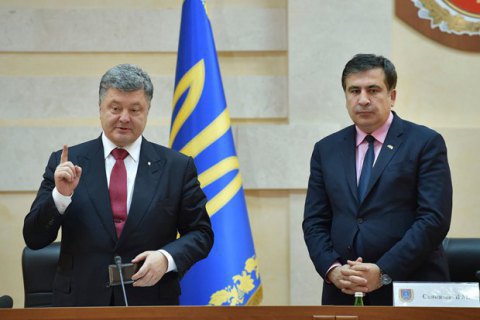 President Petro Poroshenko says he does not mind Mikheil Saakashvili's decision to resign.

"We are a democratic country, and if he decided to embark on a political campaign in the opposition field... I hope the government tomorrow will support his decision to resign from the post of the head of the regional state administration, if he has decided to engage in political activity," Interfax-Ukraine quoted the president as saying after the talks with President Borut Pahor of Slovenia on 8 November.

In the previous day, the head of Odessa Regional Administration Mikheil Saakashvili announced his resignation and accused Poroshenko of unfulfilled promises.

Saakashvili has headed the Odessa region since the end of May 2015.