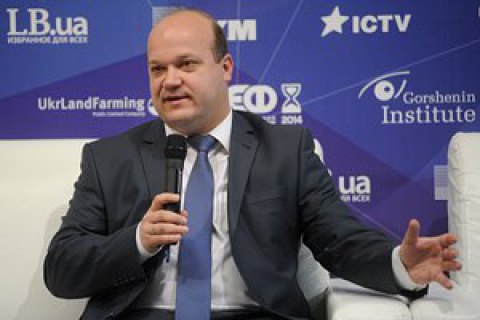 The ambassador of Ukraine to the US Valeriy Chalyy believes that the victory of Republican Donald Trump in the US presidential election may have a positive effect for Ukraine.

"For us, it is very important not to lose momentum after November 8 and before the inauguration. We have a lot of questions that need to be addressed to in the US Congress. All those congressmen and senators, both Democrats and Republicans, that have clearly expressed their support for Ukraine, they won in their constituencies," Chalyy said 9 November on the TV channel NewsOne.

"We stand a good chance to fight, for example, for Stand for Ukraine Act, which opens up possibilities for Ukraine, was voted and supported. In the case of the arrival of Trump these processes will accelerate. Why? Because the current administration will be trying to set flags for themselves in order to maintain a certain balance in the country," he said.

Having sad that, Chalyy admitted that American society is very divided, and Americans are focussed on what happens in their home country rather than abroad.

"We are always repeated that American foreign policy cannot change dramatically, it will be consistent, no matter who comes to the White House. I believe that it is not so. A great deal depends on president," he added.

On 22 September, US House of Representatives unanimously approved the bill 5094 "Support for stability and democracy in Ukraine," which gives green light to the supplies of lethal weapons to Kyiv.

According to the established procedure, the bill must be approved by the upper house,. the Senate and signed by the US president.