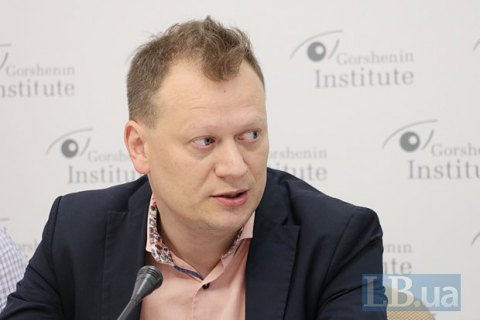 Public institutions must act independently of political wills of personalities in the leadership of the country, the director of international programs in Gorshenin Institute Dmytro Ostroushko said during his report in Stockholm.

Ostroushko noted that although over the past two and a half years Ukraine saw many positive changes, the changes were often thanks to pressure from civil society and contrary to the inert resistance of the country's political establishment.

"Ukraine has not reached a level of development where government institutions work as a well-coordinated mechanism, the elements of which operate independently from the influence of personalities. It is the formation of such a system in which institutions would operate independently of the personalities in the leadership, their political will would mean passing the point of no return in the design of a mature state. An active civil society, which we see today in Ukraine is undoubtedly a cause for joy. However, the necessary condition for the normal development of the state is also the natural functioning of institutions," says the expert.

The expert noted that Ukraine is now following the path that many other countries have passed. "Dire economic situation, dissatisfaction of the society about the lack of tangible positive change, growth rates, etc. give fuel to negative sentiment, up to the rejection of reforms and up to a swing in electoral preferences in favour of populists, perhaps even revenge-seekers. On the other hand, all the countries where the reforms were carried out have passed this stage and every so often revanchist forces would come to power in such countries. The important thing, however, is that the process of reforms by that time would become irreversible as reforms began to work and bear fruit. Revenge-seekers in power found themselves electorally replaced by progressively minded politicians, which leaves no space for backlash. Today, we cannot say for sure whether Ukraine has passed the point of no return," Ostroushko believes.

The workshop Prospects of Ukraine that discussed the issues of domestic and foreign policy, reforms, security, civil society, media and human rights in Ukraine, took place in Stockholm. It was organized by ABF Stockholm education centre, the Swedish OSCE Network and the Swedish Society for Research in Eastern Europe. The director of international programs of Gorshenin Institute Dmytro Ostroushko along with Henrik Hallgren, a Swedish researcher, former Swedish Ambassador to Ukraine Andreas von Bekerat, and civil society activists and human rights activist Oleksandra Matviychuk took part in the event.