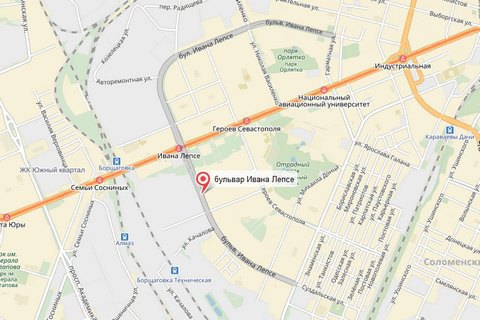 Kyiv City Council voted on 10 November for the renaming of Ivan Lepse Blvd. to Vaclav Havel Blvd. in the city's Solomyanskyy district .

In addition, an unnamed park square at the intersection of Marshal Malinovskyy and Dobryninska in Obolon district is named after the famous firefighter Leonid Telyatnikov, who defended the Ukrainians during the liquidation of the Chernobyl disaster.

Also, a small park at the intersection of the Strategic Highway and Naukovy Ave. in Holosiyivskyy district is named ATU volunteers Sq., and the park on Volodymyrskyy Passage, 1 got the name of Lytovskyy (Lithuanian).

According to the finance department of the city hall, the renaming will not require additional funding from the city coffers.