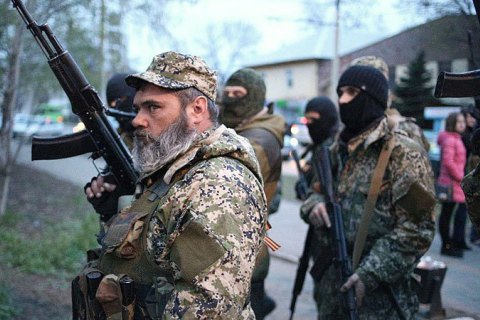 Over the past day, Russia-backed separatist forces 35 times fired at the positions antiterrorist operation fighters in Donbass, the press center of the ATO reported on Facebook.

"Just as in previous days, the enemy fire continued all along the contact line. In violation of the Minsk agreements, militants mainly used mortars," the report reads.

In the Luhansk sector, Novozvanivka was shelled from mortars while Krymske and Stanytsya Luhanska fired at from rocket-propelled grenades. Stanytsya and Shchastya were under sniper fire.

In the Donetsk sector, terrorists fired at Luhanske, Verhnyotoretske, Avdiyivka, Novhorodske from mortarss. In the area of Zaitsevo, the enemy used various types of rocket-propelled grenades and heavy machine guns

In the previous day, one Ukrainian soldier was killed in Donbas warzone, four were wounded.