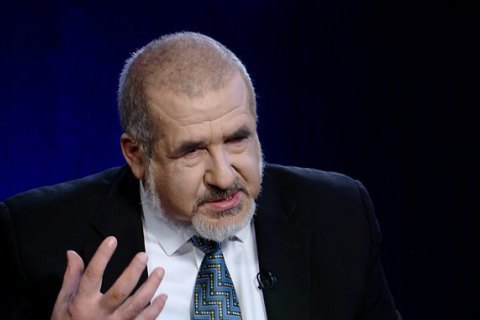 Employing the Soviet methods, Russia is trying to squeeze out the disloyal population of Crimea, since the maintenance of "extra" people is not part of Russia's military plans, member the Mejlis Refat Chubarov said during the second Crimean Forum, reports LB.ua correspondent.

"Russia is deliberately turning Crimea into a powerful military base at NATO's southern flank. Accordingly, all aspects of life of Crimean society outside the interests and objectives of the military department of Russia are abandoned. It is obvious that the occupying authorities do no need to maintain the number of people who lived in Crimea as of December 2014. Accordingly, Russia purposefully squeezes the unwanted population out. In the first place, those are people disloyal to Russia. The Crimean Tatars and ethnic Ukrainians demonstrating their opposition to the system included into this group... By expelling the disloyal and the indigenous population of the peninsula to change the demographic and ethnic map of Crimea," he argued.

Having realized that the Crimean Tatars are not going to deal with the occupation authorities, the Russian got down to intimidation. People began to disappear and then found dead, emphasizes Chubarov.

"Twenty two our compatriots lost freedom. We witness the return of methods of punitive psychiatry against five persons. I call on the human right activists of the Soviet period – we are in your times," Chubarov stressed.

Second Crimean Forum and Congress of Dissidents, dedicated to the 40th anniversary of the Helsinki Group is underway in Lviv.