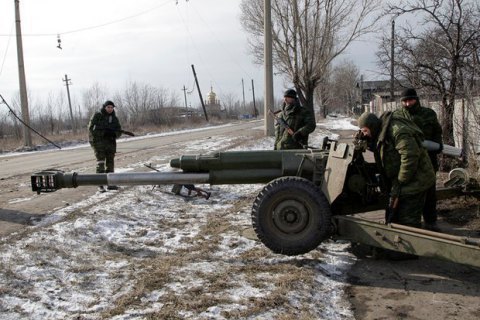 Donbas militants in Vuhlehirsk, near Debaltsevo

Over the past day, Russia-backed militants 25 times attacked the positions of the Ukrainian army along the line of contact in the zone of the antiterrorist operation (ATO) in Donbas, the ATO press centre reported on Facebook on 23 November .

In the Donetsk sector, the enemy used mortars, rocket-propelled grenades and small arms in the areas of Avdiyivka and Zaytseve.

In the Luhansk sector, the ATO troops based in the areas of Novozvanivka and Novooleksandrivka were attacked with mortars, rocket-propelled grenades and small arms.

"A total of 25 attacks took place, and four since midnight," the HQ said.

No casualties have been reported among Ukrainian troops.