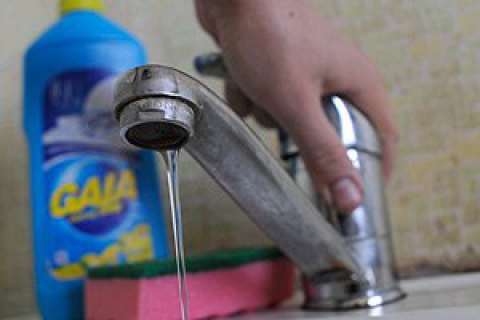 The Luhansk militant authorities (LPR) snub Ukraine's efforts to ensure water supply to the uncontrolled parts of Luhansk Region and do not pay the water supply company. This may prompt Ukraine to cut water supply to the residents of the occupied territory starting 1 December, Deputy Minister for Temporarily Occupied Territories Heorhiy Tuka has said on Facebook.

He said: "The provision of drinking water to the civilian population is a duty of the state. It is a humanitarian component that is consistently monitored by international organizations."

According to Tuka, international partners provide assistance to Ukraine in tackling this issue. The Swiss government provides special chemicals and sand, the International Red Cross paid for the volumes of water supplied to Luhansk Region to fill heating systems for the winter period, he said.

"In Minsk, an agreement has been reached to establish a Ukrainian company which will collect utility payments for the supplied and consumed water. After all, the LPR authorities regularly charge the population for water supply. The Ukrainian side has repaired water mains and installed advanced water meters just to face a total disregard [of the opposite party]. Their representatives just avoid contacts, do not answer the phone, do not come and get the electronic keys for the meters," Tuka said.

According to him, the LPR has consistently been reducing orders for water supplies, while the villages of the buffer zone receive potable water for three hours every other day, blaming the "thievish Ukrainian junta" for such a schedule.

"The outstanding payments to the Popasna water company have amounted to 121m hryvnyas - and that's for the electricity consumed alone!" Tuka said.

He believes that the separatists are seeking to incite hatred towards Ukraine among the population by accusing Kyiv of "the genocide of the Russian people."

"The agreement expires on 1 December. After that Ukraine will have no choice but to cut off water supply altogether," the deputy minister concluded.

The Trilateral Contact Group on a Donbas conflict settlement at its meeting in Minsk today was planned to discuss, among other things, the issue of water supply to the occupied territory.