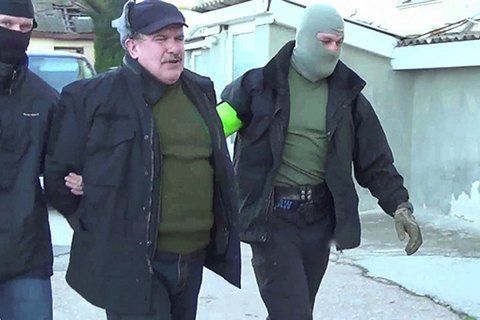 "Parkhomenko, on orders from the Main Intelligence Directorate of Ukraine's Defence Ministry, gathered and conveyed to a foreign special service top-secret information about the activities of the Black Sea Fleet," the FSB said on Wednesday, 23 November.

Parkhomenko is being suspected of treason.

On 10 November, the FSB announced the arrest of yet another "saboteur group" allegedly sent to Crimea by the Ukrainian Defence Ministry. A total of five people were arrested.

The Defence Ministry of Ukraine dismissed FSB reports as fake and said that there were no Ukrainian saboteurs or spies in Crimea.