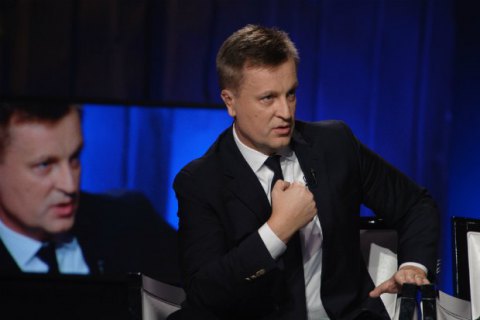 The leader of the Justice public movement, Valentyn Nalyvaychenko, has suggested that parliament should strengthen control over the use of public defence spending.

"The issue of national security and parliamentary control over defence spending is the responsibility of the parliament. There is no need to pretend that this is a matter of political debate. The issue should be watched closely," Nalyvaychenko said on the NewsOne TV channel on 23 November

"Legislators should adopt a law providing for severe punishment for profiteering during the war. That is, for inflating commodity prices, for selling the army no matter what at exorbitant prices - ammunition, food, and weapons," the ex-chairman of the Security Service of Ukraine (SBU) said.

Nalyvaychenko added that the law should also provide for "no statute of limitations for profiteering during the war." He said such practice does exist, in particular, in Croatia, which had a successful experience of reintegrating the territories which were seized by the Serbs during the conflict.

"The Croats recovered their territories, but all the officials, all the [commodity] suppliers in Croatia have been [known to the public] and punished for profiteering during the war," he said.

"Parliament must adopt a law banning the profiteering during the war and make it punishable as hard as possible," said Nalyvaychenko.

During a protest rally in Kyiv on 15 November, the Justice movement has handed over to the presidential administration 300 volumes of written statements of people who consider themselves to be affected by the actions of "offshore holders in the government".

"They [the authorities] are war profiteers!" Nalyvaychenko stated. He assured that his movement would step up protests and pressure on the authorities if corrupt officials are not arrested and the assets that they have pocketed are not returned to the national budget.