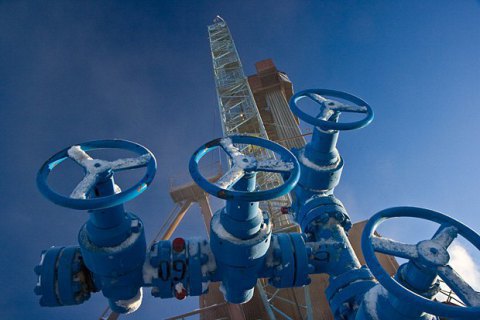 Friday, November 25, marks one year since the day when Ukraine imported the last volumes of Russian gas, the press service of the country’s state-owned oil and gas company, Naftogaz Ukrayiny, said in a release on Friday, 25 November.

Ukraine's dependence on Russian gas is eliminated, Naftogaz says, but the country remains to be a major transit country for Russian gas and does this job perfectly.

"Without the creation of alternative gas supply routes from Europe we would be forced to buy gas from Russia at non-market prices and pay Gazprom billions of dollars for the gas we have not consumed in the past years (take-or-pay), and also pay for the volumes of gas supplied to the occupied Donbass that we do not control. Overcoming the Russian monopoly stance in gas supplies allows us today to wage the battle for the gas independence of Ukraine in an arbitrage," Naftogaz says.

The refusal from Russian gas allows Ukraine to launch the reform of the gas market (the share of private importers increased from 1% in 2014 to 26% in 2016) and the corporate governance reform of Naftogaz. The company for the first time in a long period of time has ceased to be loss-making and will pay 60bn hryvnia in taxes this year.

"This was achieved, in particular, through the elimination of destructive hidden subsidies and building a new system of targeted subsidies to help low-income citizens. In addition, the operating efficiency of Naftogaz has improved dramatically as intermediaries in the procurement and sales are eliminated, and a new, transparent procurement system is being introduced that allowed the group to save over 1.5bn hryvnya," said Naftogaz.

Ukraine in late November 2015 refused to purchase the natural gas from Gazprom as Naftogaz found its price overstated.