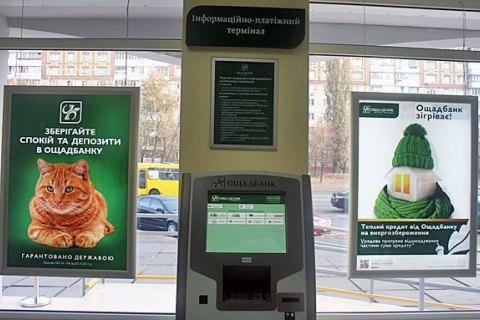 The Cabinet and the European Bank for Reconstruction and Development (EBRD) on Friday, 25 November signed a memorandum on the preparation of Oshchadbank (savings Bank) to partial privatization.

The Memorandum of Understanding was signed by the Minister of Finance Oleksandr Danyluk and EBRD Managing Director for Eastern Europe and the Caucasus Francis Malizha.

The EBRD pledged support to Oshchadbank in developing and implementing a comprehensive program of transformation for the purpose of its commercialization and preparation for the planned partial privatization in 2018.

As part of the cooperation effort, the EBRD may also further invest equity in Oshchadbank provided the outlined key objectives of the transformation process are met.

The partnership provides for the implementation of a number of measures aimed at supporting the further commercialization of Oschadbank, improve its corporate governance and the transfer of banking know-how.

To implement these steps, the EBRD will use technical assistance funded from the EBRD Special Shareholder Fund. As a first step, the EBRD will include Oschadbank in its Trade Facilitation Programme to promote the development of trade with the possibility of providing guarantees worth up to € 50 million to support the Ukrainian exporters and importers.

The Oschadbank CEO Andriy Pushnyy has said in an interview LB.ua said that in 2017 the government should announce the schedule and conditions for the bank's transition to the common deposit guarantee system. At the same time, a new investor, presumably the EBRD is to come to the banks capital.

The government plans to sell a 20% stake in Oschadbank.