Two aircraft of the State Service for Emergency Situations of Ukraine flew to Israel to assist in fighting fires around the city of Haifa, the services website said on 25 November.

"At noon on November 25 two aircraft An-32p of the State Service for Emergency Situations flew to Israel to help extinguish fires in accordance with a presidential decree," the statement reads.

AN-32P is a forest fire fighting aircraft. After discharging eight tons of fire retardant from two groups of tanks, from the altitude of 40-50 m. At a speed of 240 to 260 km/h, a water spot of 120-160 m long and 10-35 m wide with concentration of the liquid exceeding 1 liter per sq. m is formed on the ground. 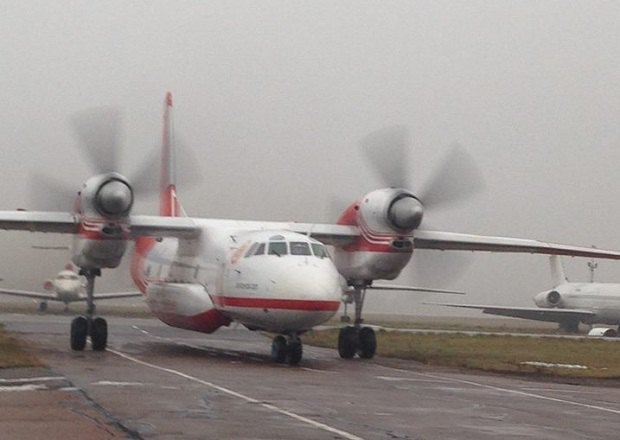 The fierce forest fires around the Israeli port city of Haifa forced tens of thousands of people to flee their homes. Though no fatalities have been reported, several dozen people have been hospitalized for smoke inhalation.

12 people have been arrested across Israel on suspicion of arson, police said. The country's leaders have raised the possibility that Arab assailants had intentionally set the blazes.