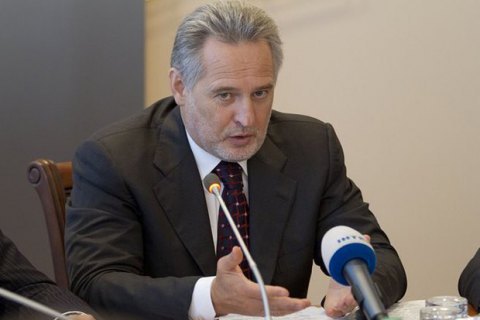 Anti-corruption prosecutors in Spain announced an international arrest warrant on the fugitive Ukrainian oligarch Dmytro Firtash, who is suspected of laundering large sums of money, DW reported on 25 November.

A spokesperson for the prosecutor's office in Spain said Firtash is wanted along with his two accomplices, the citizens of Ukraine. Their names are not disclosed at the stage "in the interests of the investigation."

In the meantime, warrants were issued for searches in Barcelona and the resort town of Marbella on November 24 and five other Firtash accomplices were detained. They were directly involved in the laundering of Ukrainian oligarch's assets. Among the detainees is a renowned Spanish lawyer, Antonio de Fortuny.

"These people have created for Firtash a network of offshore companies in Panama, although some of the capital has ended up in Spain and invested in real estate. We are talking about tens of millions of euros of illicit origin," the representative of the Spanish prosecutor's office said put declined to elaborate on the exact sums.

He also said that the case of Firtash is part of the Operation Variola, launched in July 2016 with the arrest in Barcelona of the son of the former mayor of Kyiv Leonid Chernovetskyy, Stepan, and another 11 persons, who are also suspected of money laundering. Stepan Chernovetsky was released from custody this summer but remains under investigation.

"The documents found during the searches at Chernovetskyy's drew the investigators; attention to Firtash," said the representative of the prosecutor's office.

He was skeptical, however, if Ukrainian tycoon will ever fall into the hands of Spanish justice given that he is also wanted by the US Federal Bureau of Investigation.

The United States has charged Firtash of paying 18.5 million dollars in bribes to Indian officials to secure a titanium deal. Oligarch is facing up to 50 years in prison and confiscation of all assets.

In the spring of 2015, Firtash won a first instance court against the oligarch's extradition to the US.