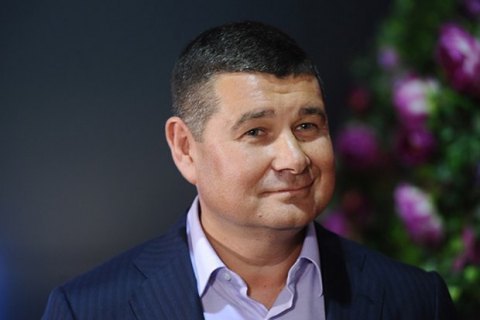 The report looks into several methods of the Kremlin's hybrid warfare including propaganda and bribing of journalists and influential politicians.

"The Kremlin's arsenal is largely universal across countries. The methods used against Ukraine, like, for example, corruption of radical politicians, propaganda, creation of provocative information events, are largely used in other countries across Eastern Europe," the Russian opposition politician said in a VOA interview on 10 January.

"The peculiarity of the situation is that in Ukraine there is a surprising coincidence between the interests of local criminal oligarchs who amassed their fortunes in times of Yanukovych being a part of his team, and the Kremlin's interests. Often, this convergence of interests makes local oligarchs actual agents of influence of the Kremlin. They use their financial strength to attack Ukraine and enjoy the support of the Kremlin's media, propaganda, etc."

In confirmation, Yashin cited the example of Ukrainian gas oligarch Oleksander Onyshchenko, suspected of embezzlement of billions of hryvnyas in Ukraine.

"Onyshchenko has turned into a kind of battering ram that Russian propaganda uses to attack Ukraine. He became one of the prime propagandists in the arsenal of the Kremlin's media," Yashin wrote.

Discussing the Kremlin's further actions in Ukraine, Yashin suggested that Putin is interested in fomenting street protests there.

"In fact, such an attempt was made last year, when they carefully kindled an increase in gas tariffs for Ukrainian consumers and social stability. It flopped that time so, obviously, they will exploit new issues with a view to early elections," he said.