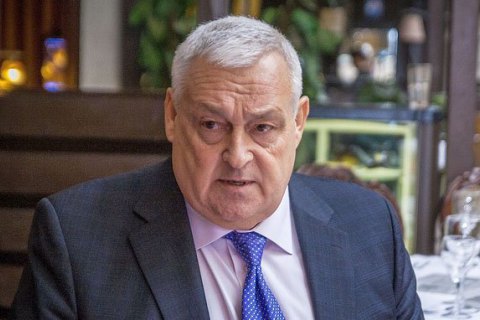 Prime Minister Volodymyr Groysman has to step in and protect the nation's largest agricultural holding Ukrlandfarming from the actions of the National Bank Governor Valeriya Hontareva, says the UGA chairman Volodymyr Klymenko.

He says the "too close attention" of the NBU to an ordinary economic dispute, which has been in courts for years is "puzzling".

"I do not think that the president and prime minister can meddle into a lawsuit and use any leverage. On the other hand, the owner of Ukrlandfarming Oleh Bakhmatyuk gives jobs to a lot of people and has attracted foreign investment to develop his business, so the prime minister simply must intervene in this situation. We are talking about investments in the country and creation of jobs," said Klymenko.

He criticized the NBU head for an unnecessary involvement in economic disputes instead of doing her own job well.

"When the hryvnia took a three-fold dive, the efforts of the National Bank in a dispute with Bakhmatyuk seem strange, to say the least," he said

In Klymenko's opinion, the NBU and Ukrlandfarming should have found compromise solution long time ago. He said he believed the restructuring of debts of agricultural holding owners would have a positive impact both on the company and the agricultural sector as a whole.

Earlier, the owner of the agricultural holding Ukrlandfarming Oleh Bakhmatyuk called on the president and the prime minister to intervene in the conflict with the NBU head. The businessman said that his company has for over 2.5 years been exposed to unfriendly takeover attemts, and libelling and legal attacks, as well as financial pressure from the NBU.

He accused Hontareva of spreading false information about the shareholders of the holding, which has ruinous impact on the company that employs 37 thousand people, and threatens the economic stability of the country.

Bakhmatyuk said the NBU in 2014 provoked the creation of a gap in the balance sheets of Finance Initiative and the VAB, banks affiliated with Ukrlandfarming, and then declared them insolvent. The illegality of NBU's actions has been confirmed by courts of three instances, he said.

During a meeting with the representatives of the government and the presidential administration, Ukrlandfarming offered a plan of restructuring the holding's debts, without any discounts, increased collateral and clear economic terms.

However, the National Bank turned down the proposal and gave the media false information about Bakhmatyuk's 38bn hryvnya debt before the state.