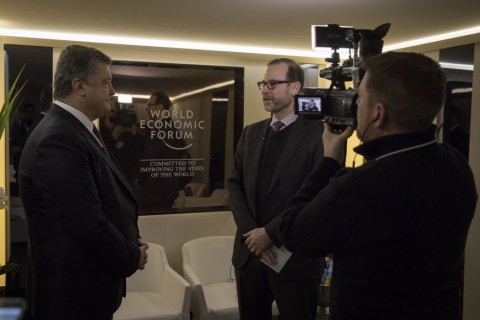 President Petro Poroshenko called for a worldwide effort to counter the threat of Russian cyber warfare.

In a Reuters interview in Davos, Switzerland, the president said on 18 January that Russian cyberattacks are an integral component of a hybrid war against the whole world.

"There is a global cyber war of Russia against the whole world, there is lots of evidence. This is a global danger and the world should be together to fight this danger," stressed Poroshenko.

In December, several districts of Kyiv were left without electricity for a couple of hours due to hacker attacks. Online payments to the Pension Fund and the State Treasury have been suspended for several days, while the Ukrzaliznytsia online ticketing facility went down for a day and a half.