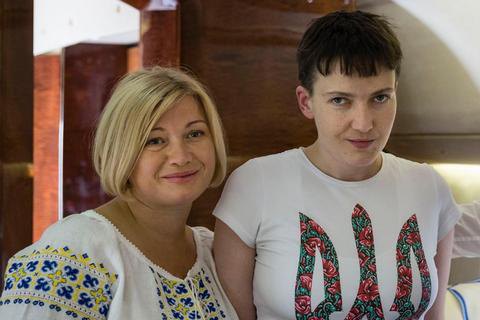 Vice-Speaker of the Verkhovna Rada, Ukraine's representative in the humanitarian subgroup at the Minsk talks, Iryna Herashchenko, said that Ukraine would not trade the occupied Crimea for Donbas.

Herashchenko's comment on Facebook was in response to an earlier statement of MP Nadiya Savchenko, who has said in televised appearance that "the only way to return Donbas is to give up on the occupied Crimea."

"We will not trade the occupied Crimea for Donbas. Neither will we give up on Donbas. We will fight tooth and nail for every inch of the Ukrainian soil. We will fight for every Ukrainian. Ukraine is Lviv, and Kyiv, Crimea, Donetsk and Luhansk. Ukraine cannot be treated as an own constituency, where one can vie for supporters and give up on the rest," Herashchenko said.

She stated the belief that "no political force, any deputy who is trying to impose the discussion of the surrender of territories, can lead us astray from the path of recovering the united Ukraine."

The chairman of the Mejlis of the Crimean Tatar People, MP Refat Chubarov speaking in parliament later in the day, described the statement of Savchenko as "treacherous attitude to Ukraine and the Crimean Tatars" and urged President Petro Poroshenko to urgently convene a Constitutional Commission on Crimea's status and future.

Russia annexed Crimea in the spring of 2014 after an illegal referendum on self-determination. The plebiscite found that 96.77% of participants favoured Crimea's becoming a part of Russia

Later on, the Human Rights Council under Putin has admitted that the figures of turnout and results of the referendum in Crimea were seriously biased.