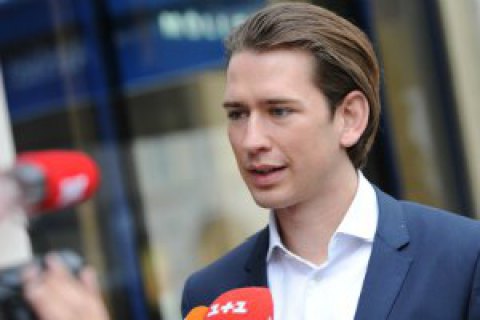 After the visits to Kyiv and Moscow, OSCE Chairman, Austria's Federal Minister for Europe, Integration and Foreign Affairs, Sebastian Kurz, announced its intention to increase the number of monitors of the OSCE Special Monitoring Mission (SMM) and to organize their patrolling during the night, DW said.

After the talks with his Russian counterpart Sergei Lavrov, Kurtz noted the decisive role that Moscow may play in resolving conflicts in Europe in general and the "enormous responsibility" of Russia in resolving the military conflict in Donbas in particular.

In the opinion of Kurtz, Russia has much to contribute to the settlement of conflicts in all areas of concern to the OSCE, including the armed conflict in Donbas.

In an interview with DW, he said the 700 SMM observers will soon receive additional technical equipment, and their mission in the region will continue. The Austrian minister pointed out that most clashes and shootings take place at night, when the OSCE mission is not being monitored.

The biggest problem, Kurtz believes, is the lack of trust between the conflicting parties and Western mediators.

At the same time, Kurtz in Moscow demonstrated the resistance of the EU regarding economic sanctions imposed on Russia. In an interview with the Russian media he said that sanctions may be eased only after the full implementation of the Minsk agreements by Russian. Kurtz has warned that a possible lifting of sanctions will not affect those that the West slammed on Russia for the illegal annexation of the Ukrainian Crimea.

Previously, it was reported that Russia agreed to the OSCE SMMs in Donbas bearing small arms.