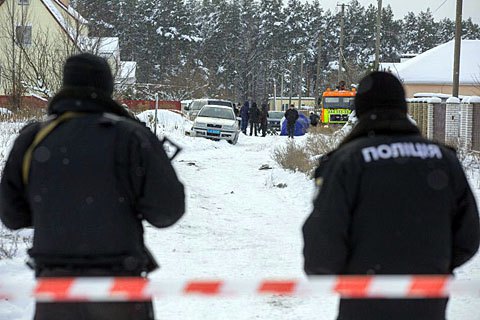 Twenty police officers have been subjected to disciplinary action in connection with the events in the village of Knyazhychi that led to the death of five law enforcement officers in an erroneous shootout, deputy head of the National Police Oleksandr Vakulenko told Ukrainian News on 18 January.

Vakulenko noted that the degrees of punishment vary depending on the disciplinary offense of each officer.

In the early hours of 4 December, Kyiv criminal investigation police supported by a KORD special task force, conducted a special operation to arrest robbers in the village of Knyazhychi. During the operation, a unit of the State Guard Service (SGS), which responded to burglary alarm in one of the neighboring houses, arrived at the scene.

The SGS officers have detained two operatives who took part in the raid. Their detention triggered a shootout between the two police units in which five law enforcers were killed. The actual robbers were detained as they headed to Kyiv.

Prosecutor-General Yuriy Lutsenko on 6 December said that the Prosecutor-General's Office investigators see "signs of gross negligence" in the actions of those who coordinated the operation, which led to grave consequences.