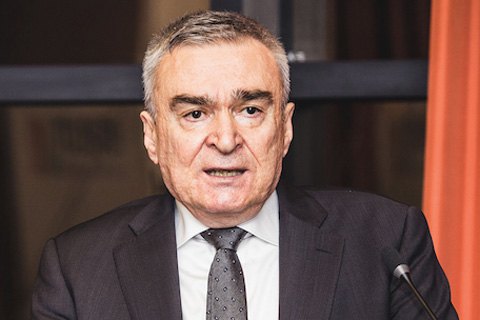 The Supervisory Board of Privatbank on 17 January elected its chairman an adviser of the International Monetary Fund Engin Akchakocha, Ukrainian Finance Minister Oleksandr Danyluk wrote on Facebook on 19 January.

"Engin is a legendary banker who once helped Turkey to overcome financial crisis, and today helps to restore the largest bank in the country," Danyluk wrote.

On Tuesday, the new Supervisory Board of Privatbank gathered for a maiden meeting.

Daniluk says the new supervisory board of Privatbank has been formed from the world's best professionals, most of them are foreigners and representatives of international financial organizations.

Akchakocha from 1991 to 2000 held the post of the Director General of the Turkish Kocbank AS. In 2001, amid the severe economic crisis in Turkey, he was appointed chairman of the Banking Regulation and Supervision Agency (BRSA) and the Savings Deposits Guarantee Fund (SDIF). He was responsible for developing and implementing a comprehensive restructuring program to reform and reinforce the banking sector in Turkey in accordance with international standards. By the end of 2003, he oversaw the restructuring of state-owned banks, strengthening of private banks, regulation and supervision.

Since 2004, Akchakocha has worked as an IMF consultant at the Central Bank of Nigeria and the National Bank of Kyrgyzstan.