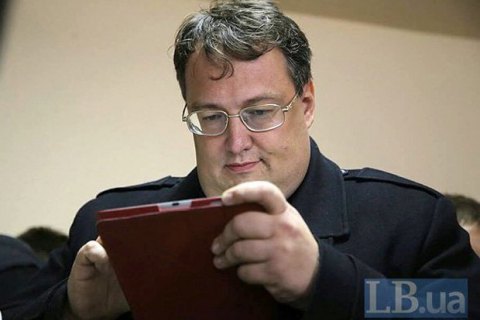 Ukrainian MP Anton Herashchenko has said that attempts to kill him, which were uncovered and foiled by the Security Service of Ukraine (SBU), have to do with his Myrotvorets (Peacekeeper) project which collects information about pro-Russian separatists.

"Investigation believes that this has to do with my active social position on the prevention of continued aggression against Ukraine and my work on the Myrotvorets project," he said on the air of 112 Ukrayina TV.

The MP said that this online resource creates big problems for those mentioned in the lists of separatists.

"This is a website where over 100,000 individuals involved in the aggression against Ukraine – separatists, terrorists and militants – have been collected. This website gives a lot of pain to all those individuals. In practice, they cannot legally stay in Ukraine, they cannot legally use bank accounts and are monitored by the special services," Herashchenko said.

His murder should have shown that the militants are 'long-armed' and can reach their opponents even in Kyiv, he suggested.

Herashchenko said on Facebook that the Myrotvorets website, "a burr under everyone's saddle", "will continue no matter if I'm dead or alive".

On 21 January, SBU chief Vasyl Hrytsak said that the SBU foiled an attempt on the life of an MP. The plot was planned and coordinated from Russia. Hrytsak did not disclose the name.

Some media suggested the MP in question is Anton Herashchenko.

Herashchenko confirmed the reports and said that the two suspected attackers were arrested. He suggested his car was to be blown up and drew parallels with the murder of journalist Pavel Sheremet. Earlier, Interior Ministry adviser Zoryan Shkyryak also recalled Sheremet's case in this context.