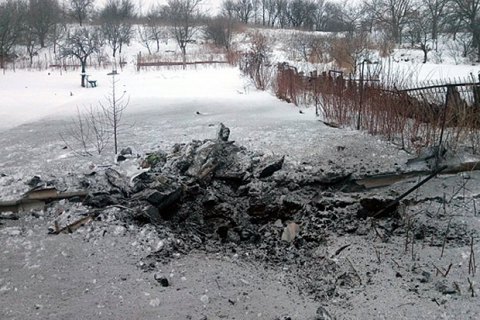 Over the past day, the Ukrainian army has repelled 86 attacks by pro-Russian militants in the antiterrorist operation (ATO) area in Donbas. One Ukrainian soldier was killed and nine were wounded, the ATO press centre said in its morning update on Facebook on 1 February.

In the Donetsk sector, the terrorists discharged around 100 missiles from Grad multiple-launch rocket systems against the ATO forces in Avdiyivka. Russia-backed militants repeatedly used 152-mm artillery and tanks.

In Tonenke, the terrorists fired with 152-mm artillery on Avdiyivka, Luhanske, Troyitske and Opytne; with 120-mm mortars, an IFV and a tank on Verkhnyotoretske.