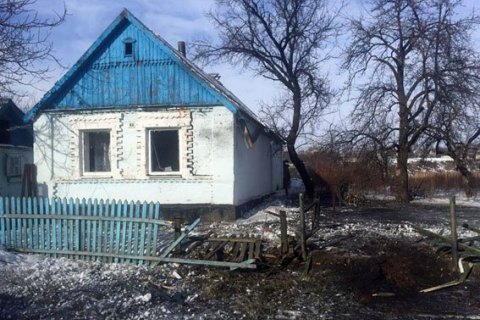 Inspecting the streets of Avdiyivka after the morning fire attacks by pro-Russian militants, a police patrol has discovered the body of a dead woman with multiple shrapnel wounds.

The victim was a 62-year old local resident.

Since the start of the escalation of the situation on 29 January, police have reported seven civilians wounded. Six apartments and 34 private houses have been damaged by enemy fire.

After the last power line to the town was damaged by militant fire, the city had no energy or water supply. Central heating was reduced to an emergency level.

Locals wishing to leave Avdiyivka are being evacuated: 77 children have been taken to Svyatohirsk, 14 people (seven children, six adults and a disabled person) have been evacuated to Mariupol.

Another 13 people were evacuated to Pokrovsk.

Twenty residents of a local nursing home with various disabilities were taken to the city of Bilytske, Dobropillya District.