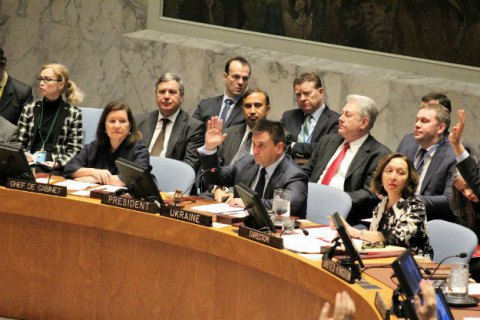 The UN Security Council has adopted Resolution No 2341 (2017) on strengthening protection of critical infrastructure against terrorist attacks, which was tabled by Ukraine.

The meeting was chaired by Ukrainian Foreign Minister Pavlo Klimkin.

Ukraine is presiding in the UN Security Council in February.