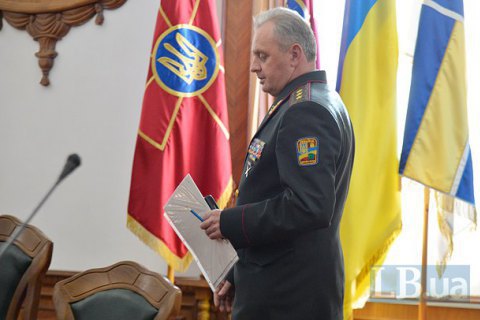 Since the beginning of the armed conflict in Donbas, 2,197 Ukrainian soldiers died in combat, the Chief of General Staff and the Chief of the Armed Forces of Ukraine, Viktor Muzhenko, said on Friday as quoted by Interfax-Ukraine.

"The combat losses of the Armed Forces of Ukraine over the period amounted to 2,197 people, while non-lethal losses at about 8 thousand," Muzhenko said.

According to the General Staff, 3,064 representatives of all law enforcement agencies have been killed in combat in Donbas as of the end of November 2016.