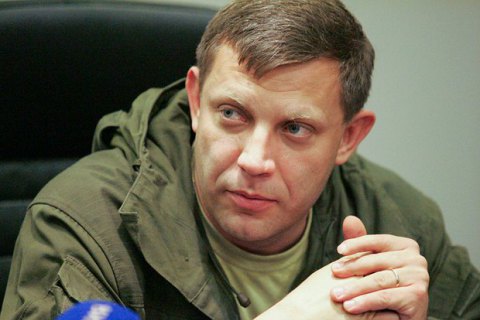 The self-proclaimed leader of the self-proclaimed Donetsk People's Republic (DPR), Oleksandr Zakharchenko, has said the militants seized some 40 enterprises in the occupied territory of Donbas, according to UNIAN.

"Some 40 companies are under external management," one of the militants' websites quoted Zakharchenko as saying. Zakharchenko also said that none of the owners of Ukrainian enterprises had contacted the DPR.

At the same time, Ukrtelecom's director for communications, Mykhaylo Shuranov, reported that the company had to disable services in the occupied part of Donetsk Region, since the company's office and equipment in Donetsk had been seized.

As UNIAN reported earlier, on February 27, the leaders of terrorist organizations DPR and LPR stated their demand to the official Kyiv to ensure the lifting of a trade blockade of the occupied territories before 1 March, threatening to introduce "external management" at Ukrainian enterprises operating in militant-controlled areas of Donetsk and Luhansk regions.

The pro-Kremlin militants have announced that they would re-orient all production processes to fit Russian markets and those of the other countries.

On 1 March, the self-proclaimed Donetsk and Luhansk people's republics introduced the so-called external control at all Ukrainian enterprises operating in the temporarily occupied areas of Donbas as a response to the trading blockade of the militant-held territory.