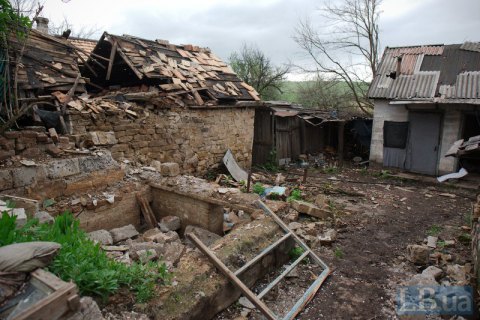 Two civilians, a man, 58, and a woman, 53, in the frontline village of Zaytseve have been killed by mortar fire opened from the self-proclaimed Donetsk people's republic, the police press service has said.

According to preliminary reports, they failed to reach a safe place when the fire started. An army medic found their bodies late on 25 March.

There have no other reports about casualties.