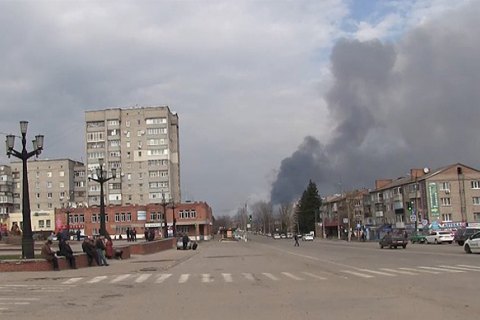 Railway traffic has resumed in Balakliya, Kharkiv Region after a suspension caused by the fire at the local arms depot of the Defence Ministry and subsequent detonations, Deputy Prime Minister and Regional Development Minister Hennadiy Zubko has tweeted.

An expert group was formed to assess the damage to the town.

Experts will soon be clearing mines in the affected sectors.

In the early hours of 23 March, a fire broke out at one of Ukraine's largest arms depots in Balakliya, which caused the detonation of tank and artillery shells stored there. Military prosecutors believe it was an act of sabotage.

Around 20,000 people were evacuated from Balakliya and neighbouring villages. Railway and air communication were suspended in a 40-km range.