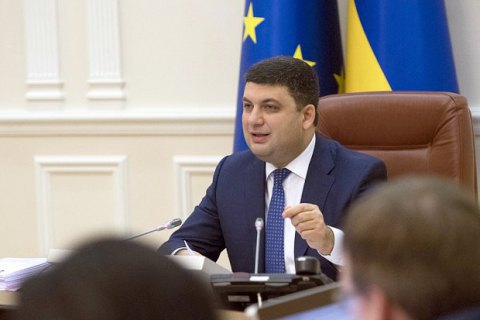 Prime Minister Volodymyr Groysman and the head of the National Agency for Prevention of Corruption Natalya Korchak got involved in a heated exchange during a government meeting on Wednesday.

Korchak was summoned to report on the situation with the online registry of electronic declarations, which previously collapsed. In an emotional speech, the NABU head on several occasions has raised her voice to a shout, arguing the NAPC was not to blame for the malfunction of the website, since for technical side of the online registry is the responsibility of the State Communications Committee.

The prime minister urged the opponent to calm down: "I suggest you to sit down in front of a mirror and shout at yourself."

Groysman accused Korchak of incompetence and inability to organise the work of the agency's online facility.

"You put all the people [who need to file in an electronic declaration] under the threat of two years in prison. Hundreds of thousands of people!" he said.

"I cannot file my own declaration!" Groysman was indignant.

Eventually, the head of government advised Korchak and her subordinates to resign.

The register of e-declarations has for about a week been working with interruptions and has virtually collapsed in the past few days. The system does not cope with the workload ahead of the impending deadline for submission of electronic declarations on May 1.