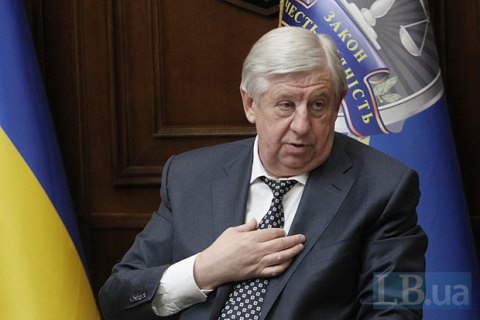 Former Ukrainian Prosecutor-General Viktor Shokin has filed a lawsuit with the Supreme Administrative Court saying that his dismissal last year was illegal.

"The defendants in the case are the president and the Verkhovna Rada [Ukrainian parliament]," the press service of the court told Ukrainian News on Tuesday, 28 March.

The court opened the proceedings and scheduled the hearings for 10 April.

Viktor Shokin resigned in mid-February 2016 at the request of President Petro Poroshenko as part of a parcel vote in parliament on the resignation of the government of Arseniy Yatsenyuk. However, parliament voted to dismiss Shokin only a month and a half later, on 29 March.

On 3 April 2016, the president dismissed Shokin by his decree.