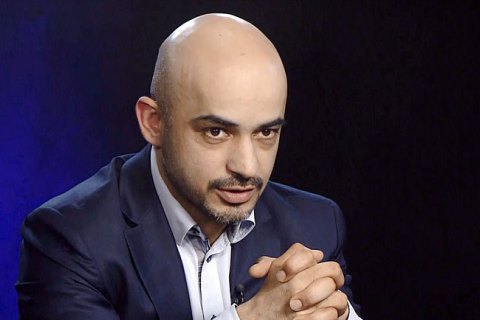 The fact of Ukraine's appeal to the UN International Court on the fact of terrorism on the part of the Russian Federation may lead to a legal conflict and further non-recognition of the occupation of the territory of Ukraine by Russia, MP Mustafa Nayem said in an interview with Sonya Koshkina on the Left Bank talk show.

"The only two Conventions that Russia has recognized under the jurisdiction of the International Criminal Court are terrorism and racial discrimination. The thing is if as a result of an appeal by the Ukraine's Foreign Ministry, which provided the court with four facts of terrorism committed in Donbas after April 7, 2014, these people will be recognized as terrorists, the fact of occupation will be hard to prove. A legal collision. It is one thing when Russian troops invade our territory, occupy it, and Russia finances [quazi-] state authorities. And quite another thing if the center financing terrorists, who shell our positions, is outside our territory. We are thinking how to deal with this issue," the lawmaker said, talking on the provisions of his bill on the occupied territories.

At the same time, he believes that Ukraine has high chances to prove in the UN International Court that the Russian Federation directly financed the formation of criminal groups as, in his opinion, there plenty of evidence for this.

"Firstly, we can, for example, indicate how many weapons there was on the territory of Donbas, when we stopped controlling it. There are verifiers, there are international organizations that keep the track of weapons throughout every territory. They should be able to count weapons, that are in Donbas, for real... There are satellite data, you can count the number of shells, ammunition, see the territories that have new ammo, which tanks are not ours. There is specific Russian-made ammunitions that hit our territory, which is documented. This is a proof of the supply of criminal formations by the Russian Federation and direct support of terrorism or occupation - let the court decide," the people's deputy argues.